We Made It! What Now? 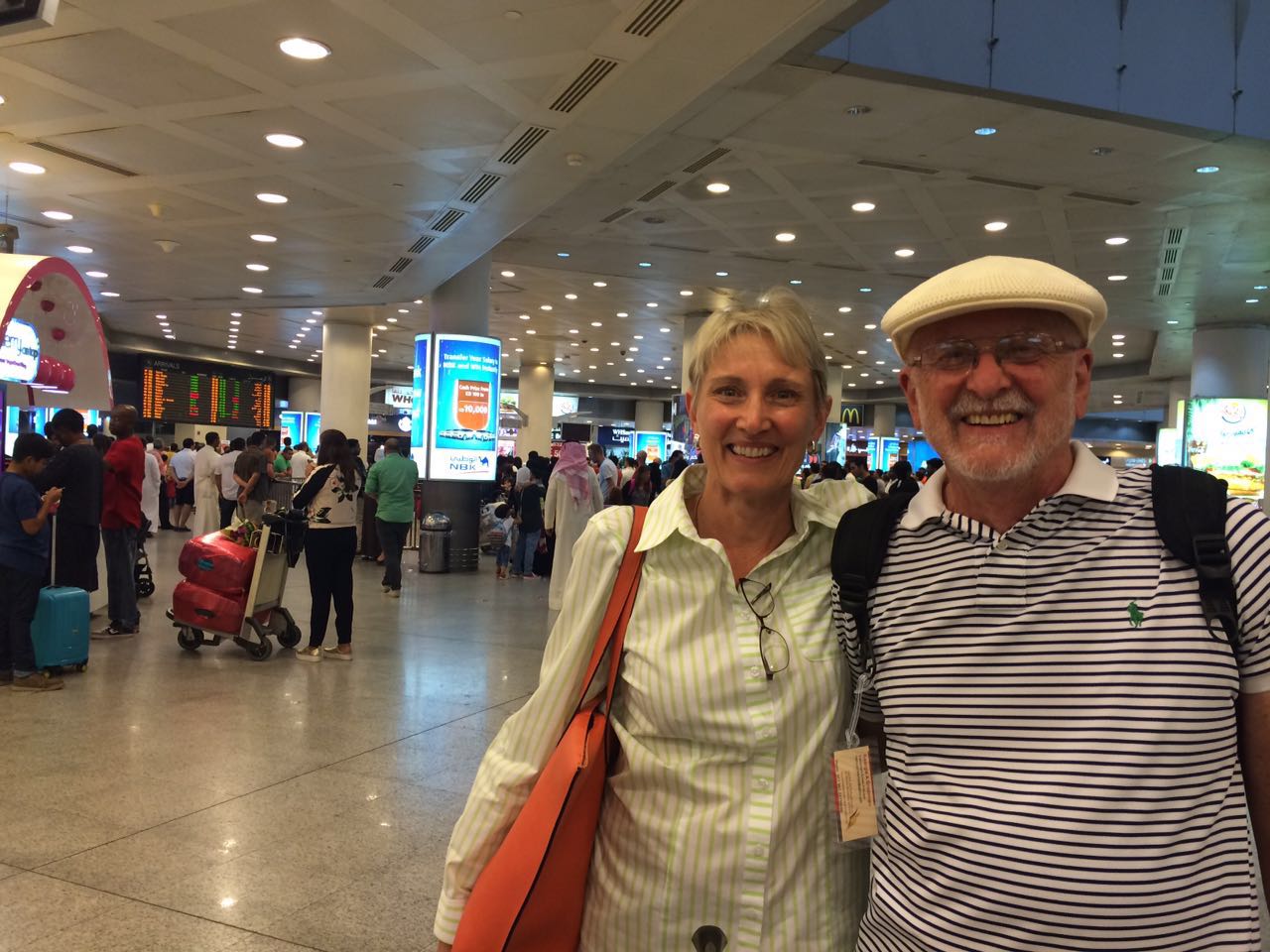 Moving between houses is one thing. Moving from one country to another is something else. Between July 12 and August 12 my husband and I have been “in transition.”  Thanks to the graciousness of friends we have had a place to store our things and lay our heads.

For the past 7 months we have given away, sold and tossed SO much stuff. In the end, we stored a few pieces of furniture and some books, and the rest of our worldly possessions have been whittled down to what will fit into four large suitcases and two roll-ons. My decision making brain is fried and I’m to the point I’m not sure what I have any more.

We arrived in Kuwait six days ago. It was late. We’d been traveling for almost 24 hours and we were exhausted. Luckily we had a nice furnished apartment waiting for us. We unloaded a few things and crashed. The next three days were a blur of unpacking, rearranging and grocery shopping. Again, thanks to the graciousness of friends we were provided with transportation and sage advice. 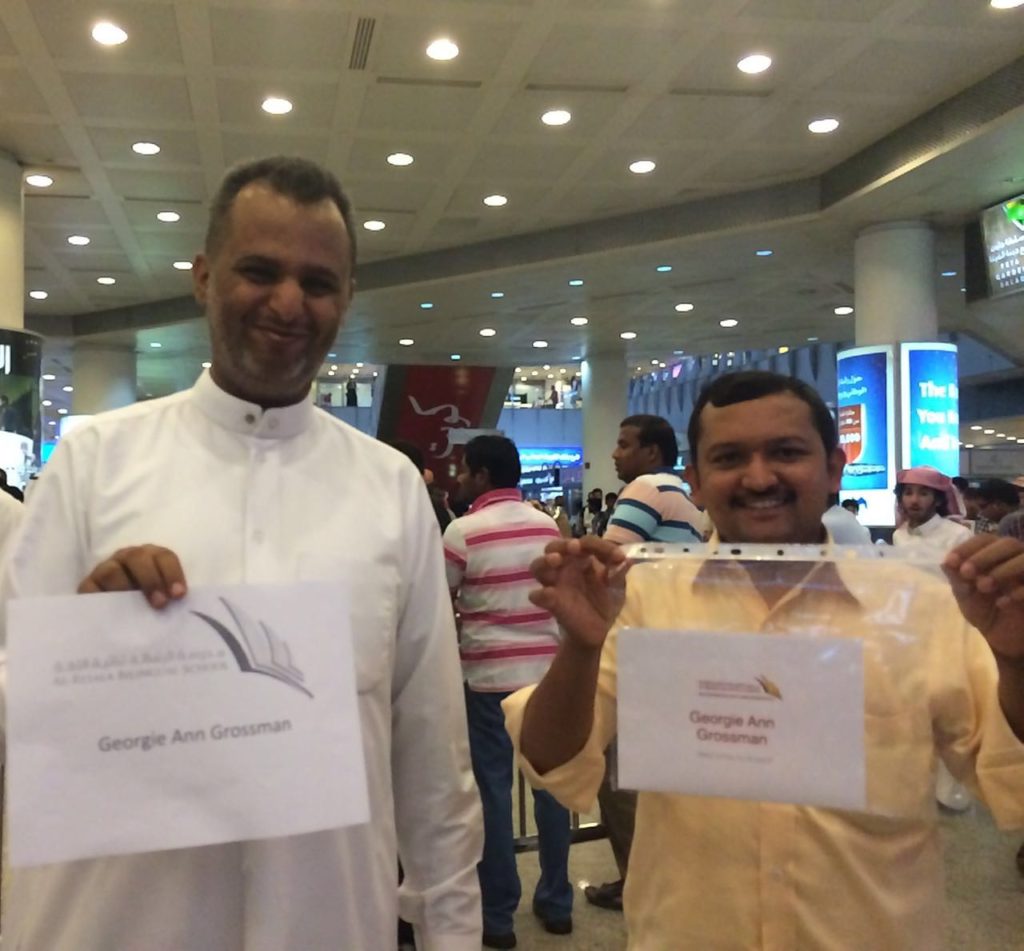 Our mandoop, Rasheed, on the left.

I’ve been through the Kuwaiti bureaucracy of fingerprinting, blood testing and chest x-rays, all accompanied with healthy doses of paperwork. Thankfully the school’s mandoop (expediter) was by my side every step of the way. Talk about sights, sounds, and smells… My still jet -lagged body was overwhelmed. The rooms were full of people from all over the world who, like me have come to work for the Kuwaitis.   I made friends with two girls from the Philippines; one a hairdresser and the other a massage therapist. We found ourselves passing at each step of the process. When we finished our x-rays we wished each other luck with our lives here in the desert. 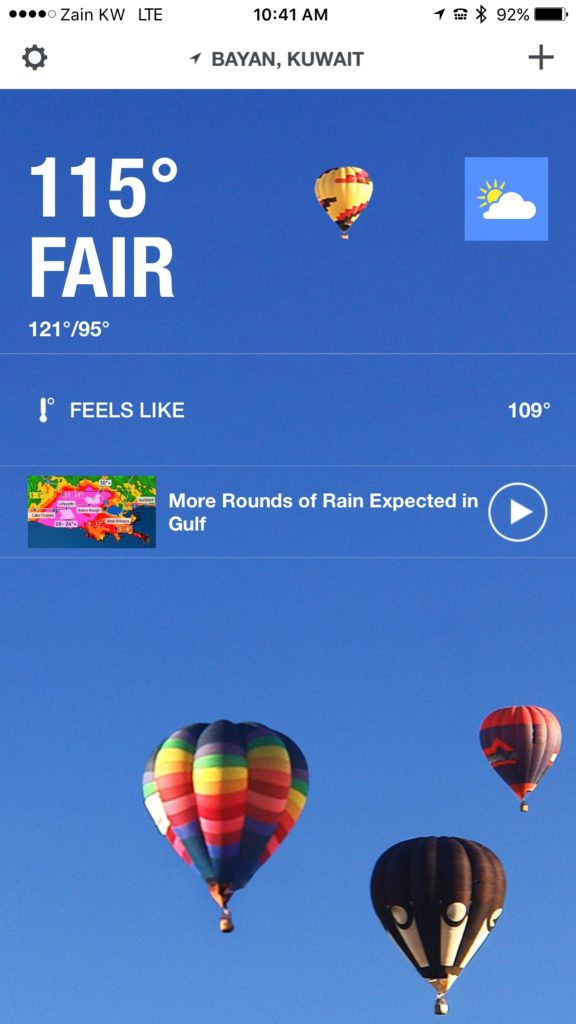 All of this has taken place through days that topped out at 117-122 degrees. Yes, it’s a dry heat and it’s hot, but what really gets to you is the direct sunlight on your skin. Yesterday I learned that it is better to have on black pants than to expose my skin to the direct sunshine. The greatest commodity here is obviously AC, but for many of those from India and the Philippines who don’t have that luxury, SHADE is number one. (FYI, that trip through Kuwaiti bureaucracy was mostly without AC) I will be purchasing a fan and having loose body-covering clothing made.

That said; let me tell you about Monday when the electricity surged, blew out our surge protectors and fried the small appliances attached to them. I heard the surge go through the wall to the TV. By the time I reached the room the TV was smoking and I ran to pull the plug. Not long after that, there was n

o electricity. Three hours later the sun was beginning to lower in the sky and the house was getting dark. Believe it or not, the house stayed fairly cool, but we needed light to make dinner and I didn’t really want to open the refrigerator that was now acting as an old-fashioned icebox.   Once again, friends came to the rescue. They picked us up, fed us dinner and entertained us for the evening. Just as we were headed to bed we received a call that the electricity had returned. Returning home we found a LARGE tractor-trailer sized generator outside of the house. Two days later we still live with the drone of the generator outside, and are mightily happy to do so.

So here I sit on Wednesday, day six. Everything has been unpacked. We’ve purchased the things we need to get started here and I don’t go to work until next Tuesday. BAM! The last 7 months of forced march, ticking things off the list and making decisions have come to an end, and there is nothing I have to do.

The last one is the big one. For a driven “gotta-do” person, not having to do anything leaves one adrift.

Reminds me of the adage, “Where ever you go, there you are.”

Guess the Universe is telling me it’s time to check back in with myself and just be. After months of buzzing this is not as easy as it sounds. I’ll have to remember how to chill and make time to regroup before the next big rush of life.

Pardon me while I head to my yoga mat for some meditation. Cue the sitar music…