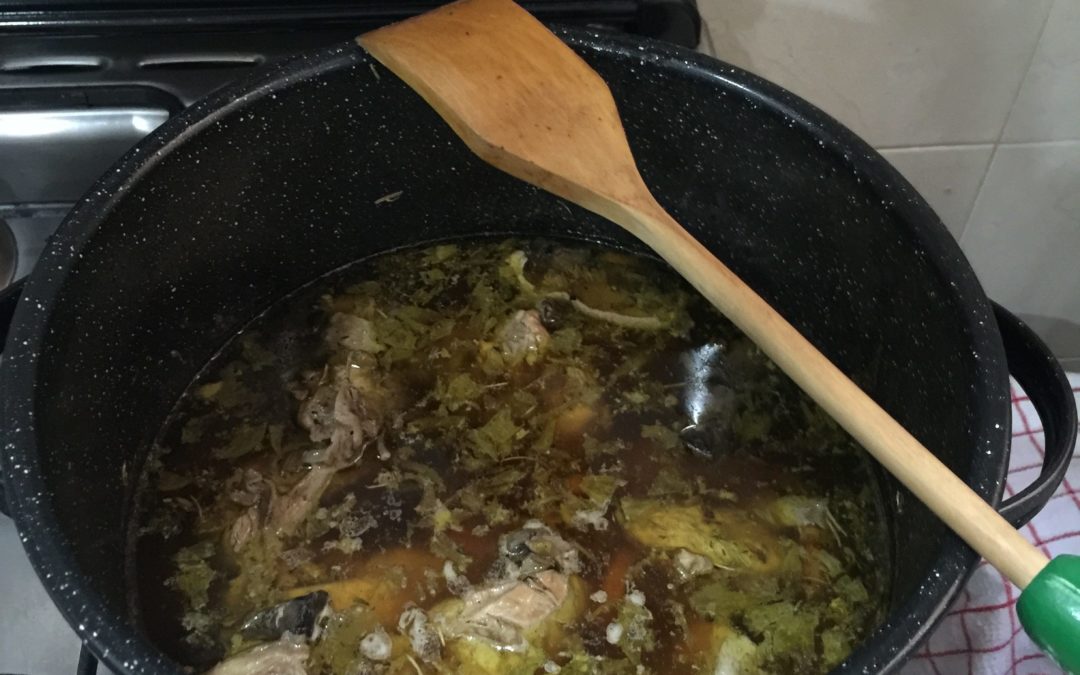 Chicken soup has long been the cure-all for many ills.

This morning, it cured my homesickness.

Between working full time and settling into a new home in a new country I haven’t had the time to make my own broth and I’ve been unable to find canned or boxed chicken broth that suits me. Thankfully, this week we are off for the Muslim holiday of Eid Mubarak.

Today was stay at home day, no adventures to malls, the aquarium or other sites of interest.  Right after starting the first load of laundry I put on a pot of soup.  I took time to enjoy the zen of chopping carrots, celery, ginger and onion.  After sautéing them until they began to soften I cut the chicken into pieces and browned it with the veggies.  A nice brown fond formed on the bottom of the pot so I added some thyme and rosemary, a few black pepper corns and some salt and covered it all with water.  As the mixture came to a slow simmer I could feel “home.”

I let the pot simmer as I did my workout. Each time I stopped long enough to breath through my nose, instead of gulping air through my mouth, I was greeted with that comforting aroma.  An hour later I stirred a pot of amber liquid and began imagining the dishes I would make.  Tonight, chicken salad with chimichurri dressing on a bed of fresh greens and some tomatoes.  As for the broth, I’ll freeze it in small batches so we can stop looking for boxes of factory broth and begin adding a bit of home to the food  we make.